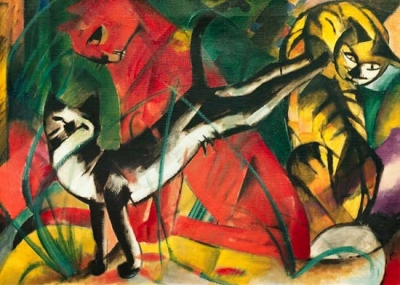 Dreaming of Animals – The Interpretation of Dreams according to Modern Prophetism

Dreams featuring animals are very frequent, therefore they play a key role for the interpretation of dreams.

However, they are so numerous that it is impossible to examine each single case.

Therefore, the following dissertation shall provide a general explanation and shall focus on the most recurring examples, selected based on your questions and dreams.

First, it should be noted that, within the interpretation of dreams, animals are associated with men.

Their features are interchangeable.

This ancient theory, based on the accurate investigation of animals, precisely underlies the interpretation of dreams.

Some of these symbols have remained constant over the centuries.

Bulls and cows have always been associated with fertility; as they embody the male and female principle.

Insects recall the underworld; while nocturnal birds are bearers of death.

Greeks attributed this meaning to swallows, which, surprisingly enough, played a positive and benign role among the Arabic and Western populations.

Now, let’s focus on Giovanni P.’s dream and try to provide an explanation; in this case, the animal in the dream is a cat.

Egyptians and Babylonian attributed benign connotations to cats, both for the crop yield – and the resulting wealth and wellbeing - and for the same dreamer.

Egyptians also believed that if a woman dreamt of giving birth to a cat, she would have many lucky children.

Furthermore, it is worth mentioning the prediction of Apomasaris, who states that if an individual dreams of arguing with a cat and getting scratched, he/she will be affected by a disease; if the cat is sleeping, the dreamer’s enemies will be defeated, if it meows, the dreamer shall be slandered, and eventually if it gets angry, the dreamer shall be involved in quarrels in the future.

Conversely, if an individual dreams of "eating" a cat, the wickedness and treachery of an alleged friend shall be cancelled, together with the negative thought of the person in question.

Eventually, black cats are connected to anguish (with a special reference to their colour) thus taking on a disquieting and fiendish connotation.

Mehr in dieser Kategorie: « The Purpose of Dreams - Dreams Meaning